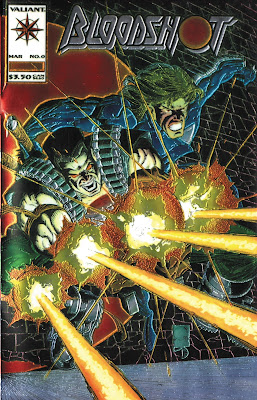 Angus explores the origins of Bloodshot, our Comic Book Character of The Month for February! Bloodshot is set to make his big screen debut on March 13, 2020. The Bloodshot movie is directed by Dave Wilson, stars Vin Diesel as the titular hero and will be the lead movie in establishing the Valiant Cinematic Universe.

"Family Blood"
The origin of Bloodshot revealed! Who is Angelo Mortalli and how did he end up in the grip of Iwatsu Industries and Project Rising Spirit? Featuring guest appearances by the Eternal Warrior and the Geomancer. 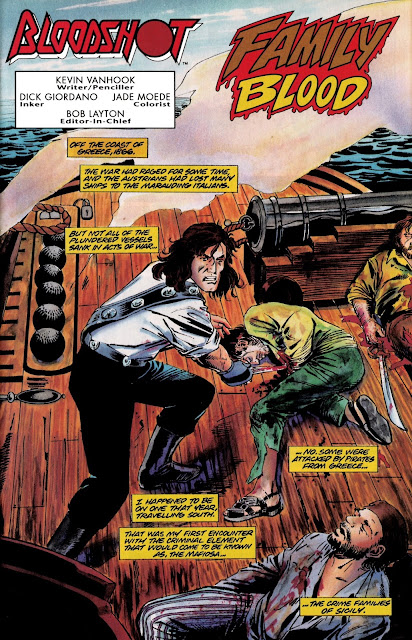 Bloodshot is our Comic Book Character of The Month for February 2020! Please join us for our read and discussions:

Once, he was the hired killer known as Angelo Mortalli. Now, there is only Bloodshot. Brought back from the grave by the government scientists of Project Rising Spirit, Bloodshot is powered by microscopic nano-machines that can repair all injuries and maximize his physical potential. But the nanites can't replace his lost memories - or help him shake the feeling that he was once anything but a hero. Atoning for his sins in a world he no longer knows, can the man now called Bloodshot recover the secrets of his past? And survive his deadly first encounters with the likes of the Eternal Warrior, Ninjak and Rai along the way? 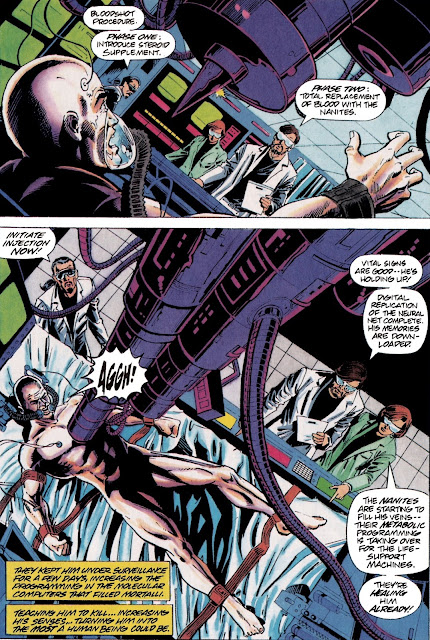 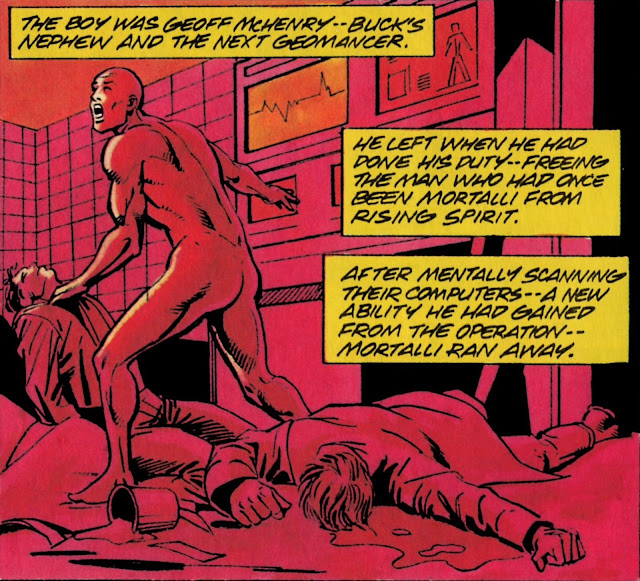 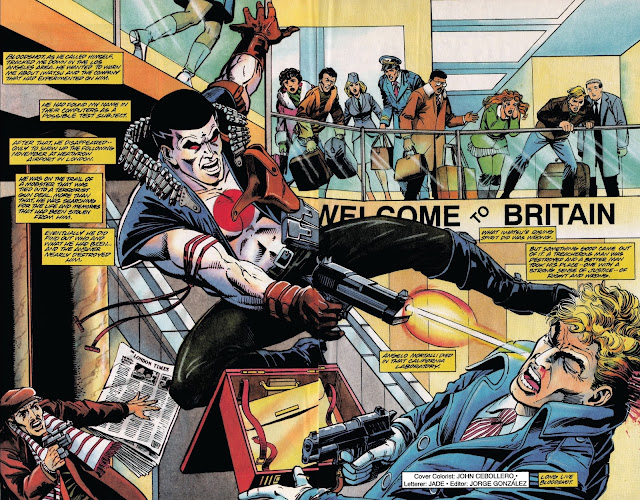